This most recent horrific tragedy — the mass murder of congregants at the Tree of Life synagogue in Pittsburgh — hits very close to home: it’s the home synagogue of one of my cousins and her family. I learned about the terrible event because her daughter ‘checked in’ to say she was okay. The victims and the survivors were attending a bris, celebrating the birth of a baby boy in the congregation. Reading her simple text, I reeled from despair at this country’s love affair with hate.

In my not-too extended family, we have Jews, Muslims, pagans, Wiccans (not the same thing, fyi), Buddhists, spiritualists, agnostics, atheists, and Christians ranging from liberation theologians to hard-core, right-wing evangelicals. I fall in with the Buddhist of that belief web. Two of my dear cousins went to Indonesia with a deep commitment to liberation theology (Presbyterian). My uncle was a Catholic, also committed to working with ‘those less unfortunate.’ I spent a summer working for him at Upward Bound. His love for others was unfailing, tempered always with a nicely sick sense of humour.

We also have, however, as I noted, über right-wing evangelicals. Who honestly believe that the hatred fomented by our new administration isn’t that at all. They are, of course, white. And spout the usual privileged position of ‘I have black/ Jewish/ Indian/ etc. friends.’ Seriously? I’m betting they don’t find you as friendly as you think…

All this is by way of explaining why I find it so difficult to understand racism and hatred predicated upon difference. Almost everything about my childhood was different from my peers. I spent a period from about 6 to about 8 pretty poor. My father had retired from the military on 1/2 pay, probably about $400/ monthly back then. With 3 kids, that wasn’t much. Less than $1200 in today’s dollars, or about $14,000. I remember a LOT of beans, chili, & cornbread. We certainly didn’t feel rich. In fact, my old ladies (grandmothers & great-aunts) often fed us. 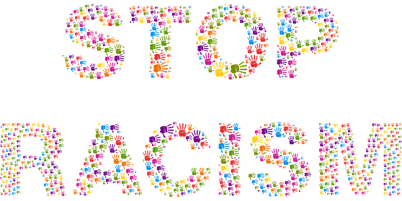 Then my father joined the civil service, & we went to ViệtNam. Where my white-blonde ponytail was such an anomaly that people in the market le grand marché would stop me and reach out to touch it, pulling it as if it might be fake. In the early time of police advisors,ViệtNam and its citizens were unfamiliar with little blonde white girls. Later, when my husband & I moved to the Middle East, small boys would throw rocks at me as I walked to yet another marché, this one in Algiers. In that city of troubled colonialism, prostitutes wore their hair like mine, blonde.

You can see that even if I hadn’t been exposed from an early age to the abyss separating my privileged life from those of people around me, even if I hadn’t been singled out (often unpleasantly) for my race & gender, even without my early grounding in a non-denominational Christianity that stressed the Beatitudes (not the10 Commandments, which Jesus himself says are superseded by HIS teachings, l as is ALL of the Old Testament), juxtaposed w/ a deeply Buddhist & animist sensibility of the respect due all living beings, I’d be hard-pressed to ignore my childhood roots.

Please note: to varying degrees, all four of us sisters (myself & my 3 sisters) are beyond liberal. Beyond progressive, some might say. We not only believe in ‘equality,’ we believe in ‘equity.’ We know that often to be ‘equal’ folks need a helping hand. And we’re OKAY with that. We aren’t threatened, nor do we feel diminished. Nor do we think it’s a handout, because we are aware of all the privileges that accrue even to the children of GED earners like us. Just by virtue of our race, among other things.

At first, confronted by this unbelievable fact — that my own family supports caging children, supports a wall, supports the racial profiling of victims, and are apologists for racially targeted police killings, I was dumbfounded. So I attempted — good researcher & scholar that I am — to offer evidence & support: studies, refutations of the many lies coming out of the establishment. No use. Whatever multiple sources I provided were dismissed as ‘biased.’ Only Fox News & Breitbart (Breitbartt!!!), or rabid evangelical websites qualify as ‘reliable.’ In other words? No interest in real conversation, just conversion…

So, no. I could never live with racists or anti-Semites or the folks who support them. I can’t even communicate w/ them. And here’s the truth — I have no answer to this. I’ve mostly cut myself off from folks who support this administration. I can’t handle it. I wish I could say I’m tolerant of other’s beliefs, but no, NOT when said beliefs result in children being caged. And when we become apologists for getting a FIVE-YEAR-OLD to sign away her rights. Nor when we begin to talk about ‘executive orders’ to change Constitutional rights. I’m not okay. And unlike two of my sisters who manage to disregard these differences, I can’t.