There’s a lot of media attention these days to ‘false news sites.’ I taught research for more than 20 years, and I used to call such sites ‘underwear sites.’ Because anyone can set up a website. You don’t have to be knowledgeable in anything much: you can do it in your underwear. And the information is worth about as much.

For the most part, students HATE research papers. They’ll kid you that they like research (and to be fair, a few actually do…a very few). Then they’ll whine (A LOT) about the research paper itself, how it’s artificial (yes). How it has to be done certain ways (yes again). And how they’ll never write another research paper (possibly true, although not nearly as true as they’d like to believe; we just don’t call them research papers at work…)

But here’s the deal: only in the research paper process do you have the opportunity (indeed, the moral obligation) to teach students about source evaluation. And hold them responsible for being users of credible reearch. Something it’s evident most voters — on both sides of the aisle — are woefully incapable of. Because it’s NOT ‘credible, authoritative information/research/evidence to support your argument’ if you can ONLY find it on personal blogs. Or on only one news source (whether that’s For or democraticunderground). At the very least, in such cases, the ‘news’ is highly suspect — usually downright false. You must be able to locate the same information in multiple sources, none of which are what I taught my students to call ‘agenda-ed.’

Because we don’t tend to think of sources WE respect as ‘biased.’ Even if they are. I was horrified when I realised that 2 websites I quite enjoy aren’t totally objective. They have liberal agendas (which isn’t exactly the same as bias, as I used to explain to my students). The KKK is NOT a reliable source of information about civil rights, or African American history. Or much else, honestly. They are overtly biased against African Americans, and against anyone who isn’t, no matter how they pretty their racism up with euphemism. They also have an agenda: they want to return the US to a whites-only country (the fact that it never was is apparently not relevant). 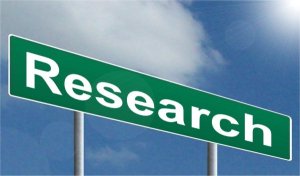 The American Cancer Society, on the other hand, has an agenda — to cure cancer — but isn’t biased. It won’t tell you lies about things that cause cancer. It will publish what it finds, however, including new research. The KKK will tell you lies about various African American historical figures; the American Cancer Society will not lie to you. There’s a caveat here: research unearths & re-evaluates current knowledge. So what the ACS told us about cancer 30 years ago may not be at all what today’s research reveals. That’s the whole basis of science: it reflects the LATEST data, parsed by experts. Hence climate change.

This is a very difficult concept for many people to get their heads (& hearts) around. Entire political campaigns have been run on bias (if you’re anti-immigration of all Muslims, that’s not an agenda; that’s bias). You may think you have good reasons. You may even have read ‘research’ on your position(s) in various media outlets, from TV news to newspapers to websites. However, it has both bias (Muslims=bad) and an agenda: to ‘rid’ America of Muslims. And the people behind these websites are pretty obvious. IF you take the time to dismantle the ‘About Us’ section at the top of most sites.

Digression: most Americans under the age of 50 (and many well over) consider themselves tech-literate. Yeah, maybe. I’d have to disagree when it comes to evaluation of online sources, however. As noted, I’ve taught research for years, and have been a heavy computer & Internet user since the first linked systems. I still get hoodwinked by fake news sites, primarily humourous ones, but still…! A LOT of satirical websites want to fool you — they think it’s funny. Unfortunately, many of us are believers before skeptics. So we (unknowingly) ‘buy’ fake news. And it’s now such a common occurrence that we have entire articles devoted to it.

I love research. Always have. I read science & nature writing for fun, untangling the braided skeins of data that go into studies taking place over years. I continue to try to unravel ‘real’ news from ‘fake,’ even when the fake stuff comes from (ostensibly) American ‘leaders.’

So I’m repeating this for folks who believe that religion, or faith, or what’s said in a religious text, overrule science & reason: No. They call it ‘faith’ because you have to believe it. It isn’t ‘prove-able.’ I can no more prove the miracle of the loaves & fishes than I can disprove it. Same with miracles credited to other wisdom traditions (and every religion has them): I can’t prove Buddha’s reincarnations (no weirder to contemplate than heaven), or Krishna’s magic powers (no stranger than powers attributed to relics of the saints) or the mercy of Allah.

You may want desperately to believe that X politician is a crook, because another pol you adore said so. But chances are, unless you can find that info on credible, reliable sources lacking ANY agenda or bias (Reuters isn’t bad), it’s false.

You may agree w/ it. It may even be your innate faith. That does NOT make it true. (That’s why they call it faith: you have to BELIEVE it.)

One thought on “Why scholarship (& science, and all that logical stuff) matters ~”